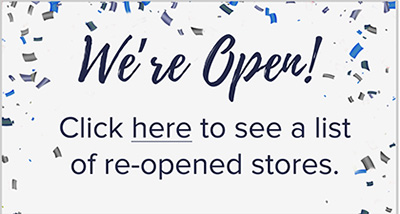 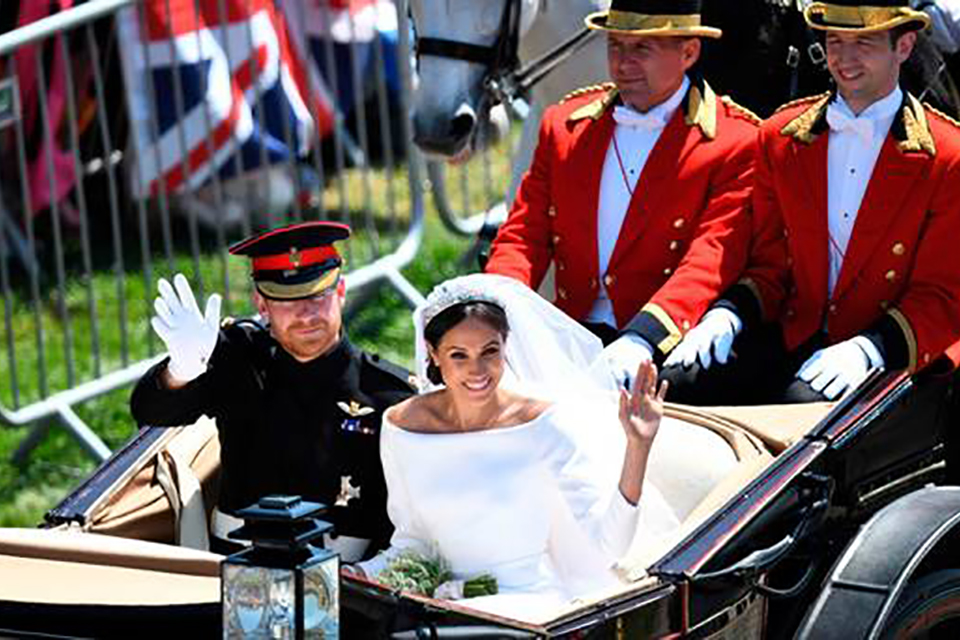 Thousands of people gathered in London, while the rest of the world gathered around their television sets, to witness history with the royal wedding of Prince Harry and Meghan Markle. The couple is now known as the Duke and Duchess of Sussex, and their big day was the definition of a fairytale wedding. The ceremony took place at St. George's Chapel at Windsor Castle.

The bride wore an elegant gown with an off the shoulder design and fitted bodice by Stella McCartney. Her intricate and lengthy veil definitely stole the show, until the page boy holding the veil gave us the most adorable smile and then he stole the show! (If you don't know the reference, see what we are talking about here) Prince Harry wore a traditional military uniform (the frockcoat uniform of the Blues and Royals, to be exact) for the ceremony followed by a black tuxedo for the reception. The dress code for men was written as "Uniform, Morning Coat, or Lounge Suit"- uniform meaning a military uniform, Morning coat being a long cutaway coat (typically grey or black) and a lounge suit being a typical business suit. 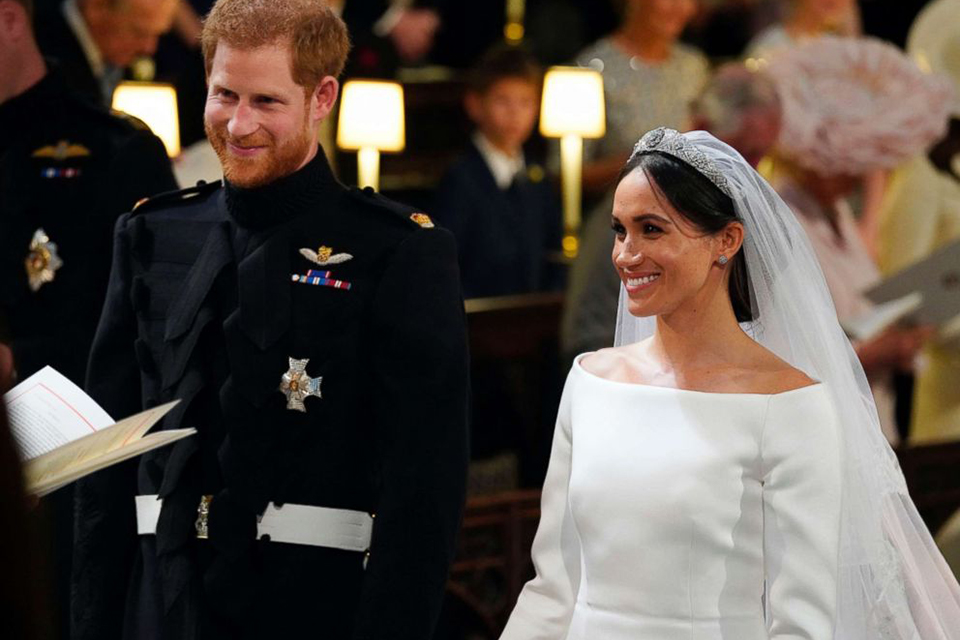 After the ceremony, the couple enjoyed a lovely carriage ride through Windsor. Of course there were a ton of celebrities that were in attendance for the royal wedding, some being Victoria and David Beckham, George Clooney and wife Amal, Serena Williams and her husband Alexis, as well as James Cordon who was said to provide jokes and entertainment for everyone at the reception. We hope you enjoy reliving the royal wedding as much as we do! 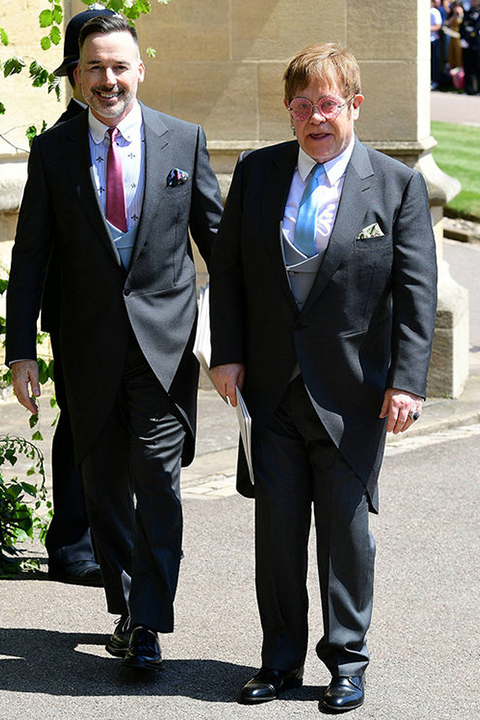 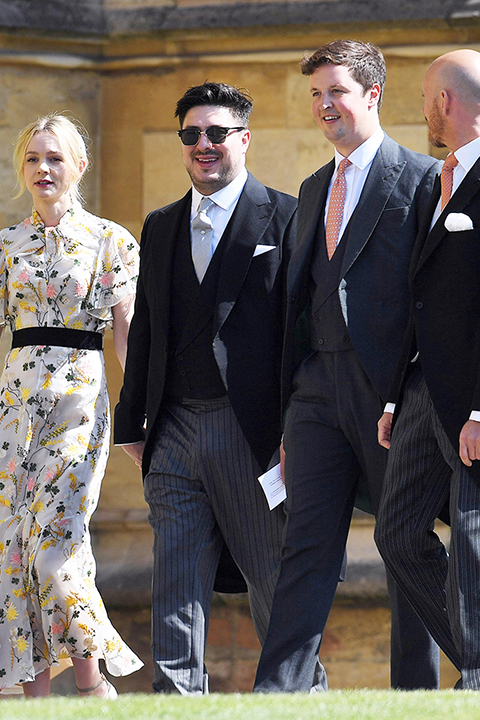 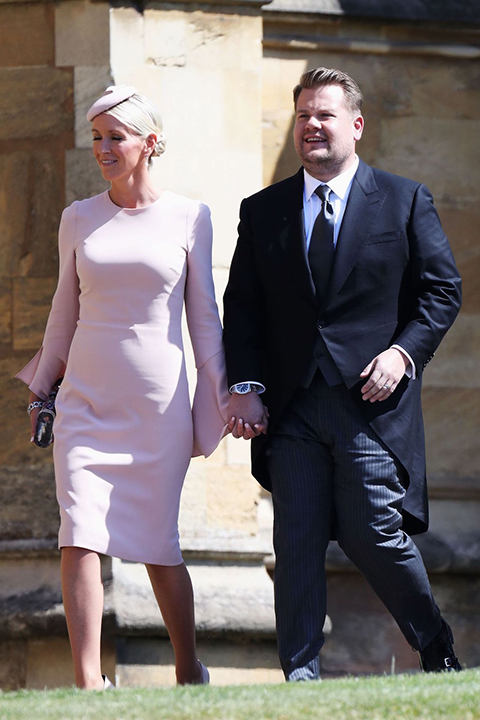 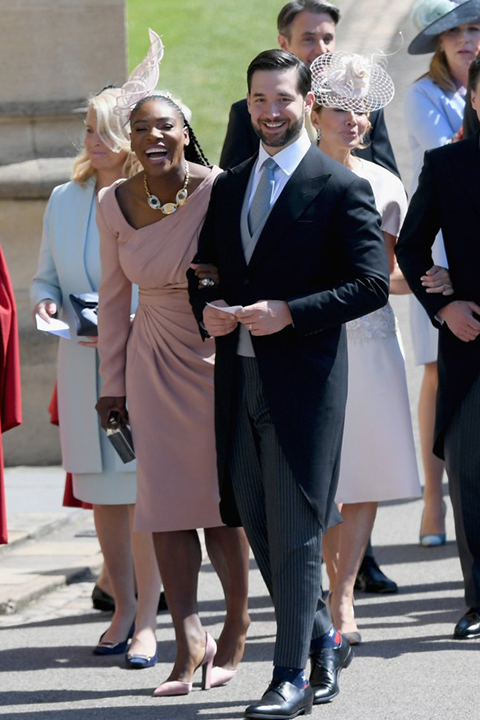